UK’s Jackson will ‘bring it all’ for Pacers 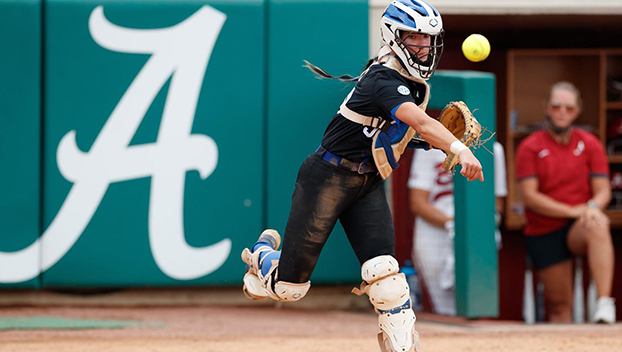 All-American catcher Kayla Kowalik is not sure yet whether she will use an extra year of eligibility. (UK Athletics Photo)

What can All-American catcher Kayla Kowalik possibly do for an encore after the season she just had? 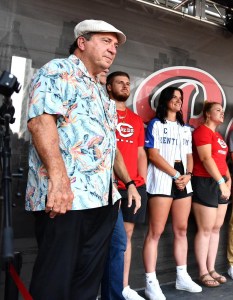 Kayla Kowalik with Hall of Famer Johnny Bench after she won the Johnny Bench Award presented to the top catchers in Ohio, Kentucky, Indiana and West Virginia. (Cincinnati Reds Photo)

However, before anyone forgets what Kowalik did during the 2021 season just remember she led the nation in batting average (.495) and hits (100) and was the first UK player ever to get 100 hits in a season. She was second nationally in runs scored per game at 1.31 and scored 77 runs.

She had 12 home runs (she had not homered going into last season), 11 doubles and six triples and drove in 37 runs. She had a team-high 29 stolen bases, the most by any UK player since 2009. Kowalik also had a .933 fielding percentage and caught every SEC game.

The catcher became only the fifth UK player to earn All-America honors and only the third to earn first-team honors.

Kowalik hit over .500 for most of the season, something she admits was hard not to notice because stadium scoreboards now show statistics for every batter.

“I would glance at the scoreboard and see it (her batting average) up there and people would remind me of it but I tried my best just to have fun playing softball. I think that is what makes me successful,” Kowalik said. “I think worrying about stats can make it stressful. I just did my best to ignore it but acknowledge it. If I do my job, I am happy and not worried about stats.”

So what statistic from last season impressed her the most? Batting average? Total hits? Stolen bases?

“It is kind of hard to say because I am proud of it all. As much as I want to forget about it (last year), I really am happy with last season,” she said. “I think the runs scored where I broke the (school) record is my favorite because that one was not solely me.

Kowalik boldly predicted before the 2021 season started that she had added more power — then backed it up with 12 homers. She admits she’s “working” on improvements in her game for next season despite having an All-American season.

“Without it being on purpose I think every year I have added something to my game whether it be bunting, hitting, home runs,” the catcher said. “I am trying to improve my game because the more skills I have, the harder it is to get me out. I am not sure what will come of next season but I definitely want to improve.”

With the COVID do-over option, Kowalik could play two more seasons. She has yet to make a decision about whether this will be her last year at UK or not.

“It is definitely something I am interested in and looking into,” Kowalik said. “I would have to get into grad school first. That is the next step and then having a conversation with coach (Rachel) Lawson and the coaching staff about what they see for me.”

Kowalik is an accounting/management major and plans to get a Masters in Business Administration.

“I love softball so much and want to stay around but I don’t want to go for the copout of just coaching. I want to try and see if I can do administrative work or something to still give back to softball using my degree,” she said.

“Or at least that is the plan right now. I am really hoping that can happen. Whatever God puts in front of me, I will take it and wherever he sends me. Would love to stay around softball, though, and hopefully that will work out.”