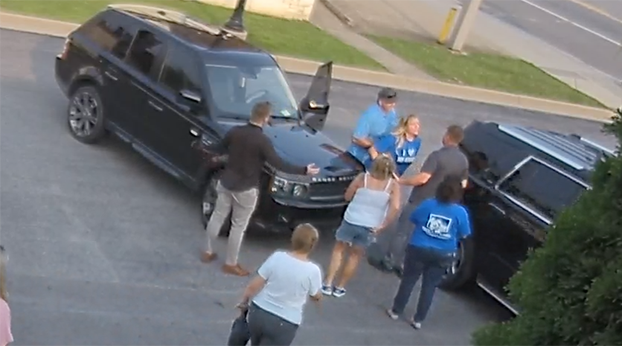 This screen shot was taken from video obtained via an open records request.

(Editor’s note: The videos’ “glitch” of stopping and starting are how the recordings were recorded.)

A confrontation that occurred between the Boyle County Treasurer, his father, a Lexington attorney and a couple who own a commercial dog kennel that followed a public hearing Tuesday evening has been investigated by police who found that there was not a level activity to warrant criminal charges of harassment against any of the parties involved.

According to the police incident report, Sgt. Aaron Rainwater sat in on the Danville-Boyle County Board of Adjustments public hearing for Parker’s Place dog kennel and grooming business to expand, due to prior history of previous meetings that had been disturbed. The BOA unanimously approved the business’s plans to expand.

Following the hearing, a verbal altercation began in the hallway outside of the Planning and Zoning office at Danville City Hall, according to multiple witnesses.

Police were summoned and they ran to the scene.

According to the incident report, after viewing the surveillance video Rainwater stated that he saw Rodney and Wendy Lanigan leave the building with their attorney Richard Getty and walked out of camera view. A few moments later, County Treasurer Keagan Hinkle followed the three out of the camera’s view and an argument could be heard, then Keagan Hinkle walked back toward the building.

Rainwater said he observed Getty leaving the parking lot in his vehicle and the Lanigans go toward their vehicles. “Around the same time Rodney Lanigan enters his vehicle, Keagan Hinkle takes off his belt and untucks his shirt. A few moments later, Keagan Hinkle’s father, James ‘JB’ Hinkle exits the side door of city hall and approaches his son. JB Hinkle asked, What happened?” and Keagan answered, “He put his hands on me” and points toward Rodney Lanigan’s SUV, as it was backing from a parking spot.”

JB Hinkle ran to the SUV near the driver’s door, and Rodney Lanigan stopped and got out. While they argued, Keagan Hinkle approached the front of Rodney Lanigan’s vehicle with his belt in his hands. “Wendy Lanigan then placed herself between Rodney Lanigan and JB Hinkle and said, ‘JB go home, JB go home. JB please take your son and just go home.”

At this point several officers arrived on scene and ordered everyone to leave the property.

On Wednesday, County Administrator Julie Wagner said County Judge-Executive Howard Hunt “is conducting a thorough investigation of the incident.” She said he was talking to people who witnessed the event, and will watch the surveillance video of the hallway and parking lot during the time that the incident allegedly happened once the Danville Police Department finishes conducting its own investigation and releases the video.

Afterward, Hunt will make a statement about the situation, she said. She added that Hunt will “make an educated decision on how to handle this.”

Wagner said she had also talked to Danville Mayor Mike Perros who stated “there were no punches thrown and no fisticuffs.”

On Wednesday, Hinkle said he didn’t want to make a statement regarding the incident. He did say, however, that he lives with his parents who are the next-door neighbors of Parker’s Place and who have been outspoken against the kennel.

“It’s put me in a bind between my family and work, and so I’ve stayed out of the whole ordeal.”

When asked about the allegation that he was involved in an “emotional outburst” or confrontation in the city hall parking lot, Hinkle said, “I don’t really have a comment for it, to be honest, because I don’t even know … what happened. … I kind of, was just bombarded.”

When asked about the belt allegation, Hinkle said, “I had just taken my belt off. … I just took my belt off because it had been a long day. I untucked my shirt. I’m getting a little bigger these days. I’m getting older. I just wanted to release some pressure. I couldn’t believe what had just happened.”

He added, “I think they’re probably a great business. I’m sure they are. I support the business. I support local. Maybe I wish it was in a different location, but you can’t change what it is. … They’re taxpayers in the community. They pay their occupational net profit taxes just like everybody else, and I hope that the business continues to grow, continues to do well.”

On Wednesday afternoon, Getty said, “I was taken aback by the whole damn thing, to be honest with you.”

Getty said he never felt threatened during the situation.

“I’m not sure that I can be threatened by anyone. Did I feel uncomfortable with the whole situation? You’re damn right I did. I thought it was totally inappropriate, totally out of line, but I don’t think that boy, or anyone else in the world could threaten Richard A. Getty,” he said.

He added, “We’re adults … you just don’t engage in that kind of conduct. … I think it’s just a very, very unfortunate situation. … The worst part of it is that … he is a public official. He should know better.” 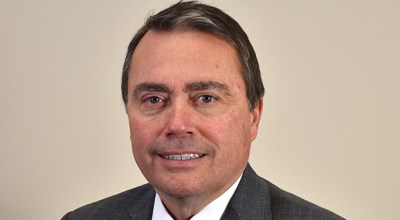 Mask or no mask for students? Debate rages on