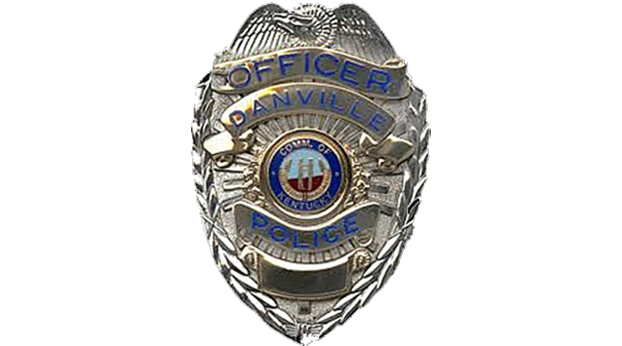 Changes are taking place within the Danville Police Department.

The Danville City Commission on Monday unanimously approved three Danville Police Department policy updates as submitted by Assistant Police Chief Glenn Doan and brought forward to the commission by Police Chief Tony Gray. The changes update the response to resistance policy to prohibit the use of neck restraints, add duty to intervene to the response to resistance policy, and implement an early intervention system with a directive issued.

Doan outlined reasons for these policy changes, as well as how the DPD’s policies are constantly evolving.

Kentucky has taught that any type of neck restraint that would restrict air flow is a deadly encounter, he said. However, historically Kentucky has taught another form of neck restraint: the vascular neck restraint, also called a shoulder pin restraint. This involves applying pressure to the side of the neck to temporarily cut off blood supply to the brain and cause the person to lose consciousness. If applied correctly, it’s been considered safe to apply briefly to gain compliance from an individual, and once the hold is released, the person can return to being alert with no lasting effects.

The issue with the hold is that it is difficult, especially in a situation involving a combative, struggling individual.

“We felt that it was best to also move away from that as well because when you’re in a situation, even if you’re applying a neck restraint that is not placing direct pressure and restricting air flow, if you’re fighting a combative individual, and you’re trying to do a hold that your policy allows, you’re in a dynamic, changing situation, so the chances of applying that correctly are very difficult, so it’s just better and best practice, I believe, at this point, to just move away from those holds completely unless you’re in a deadly force situation,” Doan said.

A deadly force situation would only be justified if the life of an officer or another person were significantly at risk, Doan said.

Additionally, officers through the DPD have been trained through Kentucky Department of Criminal Justice Training based in Richmond. This training has in recent years been moving away from teaching any type of neck restraint, including the shoulder pin. Use of force such as neck restraints has also come under increasing scrutiny on a federal, not just state, level.

“Obviously, we all know it was brought to the forefront with the death in Minneapolis of George Floyd,” Doan said.

But police reform has been happening for years and is constantly evolving — policy is “always” being evaluated on state and federal levels in an effort to make encounters with the public safer, Doan said.

“And we have not had any situations where an officer did something that was unlawful or against our policy,” Doan said about what he has seen during the approximately 15 years he has been with the DPD, and the time Gray has been there as well.

The priority in training and response to non-compliant individuals is always deescalation, Doan said. In many cases, a person being taken into custody may be agitated or under the influence of alcohol or other controlled substances, for example.

Force can be necessary in a life- or safety-threatening situation, but not otherwise.

“We’re having thousands of contacts with individuals every year, and we may average 12 incidents, 12 to 15 on average, where we actually had to use force upon somebody,” Doan said.

Any time a situation arises where any force is used, it must be recorded in what Doan said is called a response to resistance packet. Everyone on-scene must write a statement about what they observed, and the form includes questions about any injuries (and injured suspects receive medical attention once they are no longer a threat), what the suspect was doing before the use of force occurred and why the specific form of control over the suspect was implemented. The DPD analyzes that paperwork, and body camera footage is retained and reviewed. Body cam footage is logged and reviewed each year and signed off on to confirm it met policies and procedures by Doan and Gray, Doan said.

When it comes to firearms, paperwork must be completed every time a firearm is discharged for something other than training purposes. This includes the shooting of an animal in a situation such as if the animal were struck on a road, it had an injury for which nothing could be done, and it were suffering. An officer could shoot the animal, but the situation doesn’t just stop there, Doan said. There is paperwork associated with shooting an animal to ensure proper safety measures and protocol were followed.

“I just think it enhances how serious it is to discharge a weapon, even in those situations,” he said.

When it comes to neck restraints themselves, Doan said he foresees that they could face a federal ban in the future, not just in certain jurisdictions or states. Additionally, every law enforcement agency in the state goes through the DOCJT except those that have their own training programs, like the Kentucky State Police, Louisville Metro Police Department, Bowling Green Police Department and Lexington Police Department do, Doan said. So when the DOCJT stops teaching something, agencies like the DPD need to follow suit, he said — they don’t need or want to be the lone agency applying a form of use of force that an instructor at the academy is not teaching.

As for the change in policy that included adding the duty to intervene to response to resistance policy, Doan said it’s policy the DPD has had for a while, but the location of it in the policy is changing and has been updated slightly. He said it was moved to the response to resistance policy from standard operating procedure to make it more visible.

What it entails is that it would be a policy violation if an officer observed another officer performing an act that is unlawful or against policy and did not intervene.

This could theoretically involve, for example, an officer striking a suspect who is being compliant, or kicking them while they are lying on the ground. If an onlooking officer did not report the act, they could be held accountable for that, Doan said.

Another policy change approved in the changes to response to resistance policy is an early intervention system.

“As it states, it’s not a disciplinary process,” Doan said. “It’s an attempt to indicate earlier if an employee is exhibiting symptoms of stress or other behavior that could cause us liability.”

This includes if an officer were getting excessive complaints, incidents of response to resistance and other factors. Should an officer’s performance exhibit potential problems, the DPD could intervene to make sure the officer received counseling, training, or other efforts to correct performance problems, according to the policy.