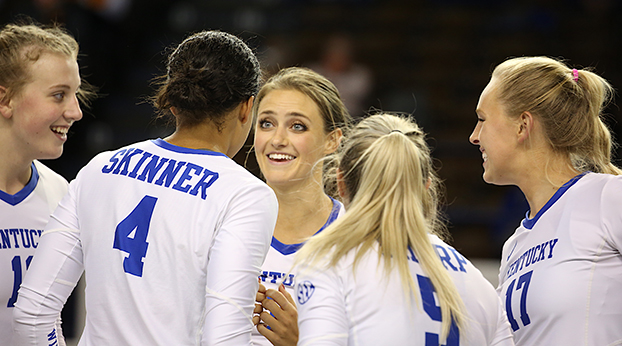 Kentucky senior setter Madison Lilley has been named a finalist for the 2020 Honda Award for the sport of volleyball along with Logan Eggleston of Texas and Dana Rettke of Wisconsin.

The Honda Sport Award has been presented annually to the top women athletes in 12 NCAA- sanctioned sports and signifies “the best of the best in collegiate athletics.” The winner of the sports award becomes a finalist for the Collegiate Woman Athlete of the Year.

Lilley, an Overland Park, Kansas native, was named the Southeastern Conference Player of the Year, American Volleyball Coaches Association national player of the year, and Most Outstanding Player of the NCAA Tournament. The only other UK player ever to do that in any sport and also win a national title was Anthony Davis during the 2011-12 basketball season.

In NCAA play, Lilley averaged 13.8 assists per set, had six aces in UK’s five matches, and was second on the team with 3.35 digs per set. Lilley helped UK hit above .300 in all five matches.

“The player of the year took her totally by surprise. She was not expecting that and we were kind of in the same boat,” Lilley’s father, Brent, said.

“Even the morning after they won (the national title) we woke up and asked ourselves, ‘Did they just do that and Madison really have that level of success?’”

Lilley’s mother, Kim, said the championship was a dream come true for her daughter and teammates.

“She made some pretty miraculous plays during the tournament,” Kim Lilley said. “Sometimes she makes difficult plays look so easy that it even amazes us.”

Madison Lilley said before the title match that she would not take a do-over COVID season at UK. Her mother said she had given some thought to play professionally overseas.

“She has to spend some time investigating what may be out there,” Kim Lilley said. “We want her to see what is out there and do what will make her happy but it is going to be hard topping the national championship.” 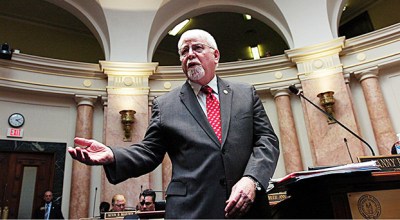 Ky. and local governments will split settlement with opioid makers 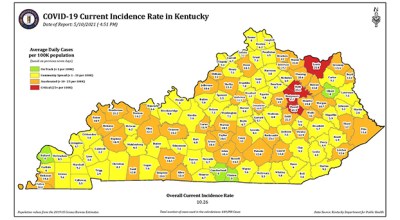 Curfews on bars, restaurants being lifted

Sports Quotes of the Week

Ky. and local governments will split settlement with opioid makers

Curfews on bars, restaurants being lifted

Quarles says ag events are mostly back to normal