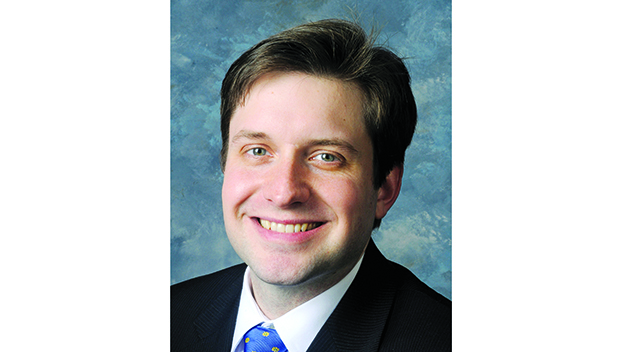 The past year has been brutal for many Kentucky families, but particularly for those who have lost a job because of the pandemic. As a legislator, I receive more calls about unemployment insurance from our district than I do about any other issue. Sadly, many come from constituents waiting for the state Office of Unemployment Insurance to process their claim.

Without a doubt, the state’s handling of unemployment insurance has to be the worst failure of government in our lifetimes. The state’s shutdown, called for by executive orders issued by the Governor, put thousands of Kentuckians out-of-work. Yet, there was no apparent consideration given to how a system designed to serve a relatively low caseload would handle skyrocketing claim numbers. In the months since the shutdown, problems continued to fester while claims went unanswered. Most recently, program administrators closed the online application system for four days and essentially reset the system. This required every single person with a claim to refile.

The day-to-day administration of UI is an executive branch function, but the legislature can use both our budget and lawmaking authorities to make changes. This session, we used both to make the program more accessible and accountable. Because of a House amendment to SB 146, 13 regional unemployment offices opened to in-person services on April 15 and hundreds of Kentuckians have already been seen. The bill requires the state to open regional offices when local unemployment rate rises above five percent for a six month period. We also passed SB 7, which allows the state to forgive unemployment benefits that have been overpaid through no fault of the recipient and if repayment would be contrary to equity and good conscience.

We used federal COVID-relief funds to allocate $575 million to the unemployment insurance trust fund. This money will be used to pay back a federal loan used to shore up the fund and help avoid an increase in employer costs. In addition, we passed HB 413, which provides relief to employers by waiving specific fees and rate increases for this year.

Archived 400,000 unread emails: According to the audit, while thousands of Kentuckians were on the phone for hours trying to speak with an actual person about their claim, the Office of Unemployment Insurance archived more than 400,000 unread emails. These are messages from Kentuckians inquiring about their applications for benefits, many at the end of their financial rope and wondering why their claims have not been processed.

Violated federal law, failed to verify eligibility: In addition to the unread emails, the UI Program also violated federal law and sacrificed program integrity by adopting an “auto-pay” approach that allowed benefits to be paid without requiring claimants to reporting the weekly wage information required to determine eligibility. In fact, more than $665 million in claims were paid while UI was using auto-pay. While many of these claims were valid, there is no way to verify eligibility or determine if they were underpaid or overpaid.

Allowed employees to access their own claims: The Auditor’s Office sampled 37 cases in which a state employee filed a claim and received benefits. Of the 37, 16 people were paid unemployment benefits for the loss of part-time jobs despite still being employed and the net overpayment in this sample was more than $116,000. Even more troubling, auditors found that at least ten UI employees accessed their own claims and had the ability to make changes. That means they were accessing their own claims on state time while thousands of Kentuckians were left waiting.

Relaxed security policies: The Auditor’s Office also rooted out multiple issues with security and data processing, finding that basic security protocols like vetting employees and requiring password resets were far too relaxed. This may or may not explain the security breach that was discovered only after someone filing a claim reported they were able to see social security numbers and other personal identity information belonging to other people.

Before I close, I have received a number of phone calls from local residents concerned because they have received documentation on a UI claim they did not file. Unfortunately the worst of times can bring out the worst in folks. This is happening nationally and is another form of identity theft. If you think, someone has filed a UI claim in your name (i.e. you received a 1099-G form that indicates you received UI benefits, but you never filed for UI), report the identity theft fraud to the Kentucky Career Center Unemployment Insurance Fraud Division at https://secure.kentucky.gov/FormServices/UI/Fraud.

Now that the 2021 legislative session has adjourned, I can still be reached through the toll-free message line in Frankfort at 1-800-372-7181 or by email at Daniel.Elliott@lrc.ky.gov. If you would like more information about any of these bills or legislative actions, you can also visit the Legislative Research Commission website at legislature.ky.gov.