WASHINGTON (BP) – Federal courts have recently delivered victories to student faith groups that were kicked off state university campuses for requiring their leaders to be Christians.

Wayne State University in Detroit violated the First Amendment rights of InterVarsity Christian Fellowship by revoking its status as a religious student organization, a federal judge in Michigan said in an April 5 opinion.

On March 22, the Eighth Circuit Court of Appeals in St. Louis ruled administrators at the University of Iowa were personally liable for violating the free speech and expressive-association rights of Business Leaders in Christ (BLinC).

Southern Baptist religious freedom specialist Travis Wussow said the cases “highlight just how far outside the bounds of the Constitution these university administrators were acting in both cases.”

“I’m glad that these federal courts ruled what is plainly obvious — that government officials cannot target students and discriminate against their groups because they are religious,” said Wussow, general counsel and vice president for public policy of the Ethics & Religious Liberty Commission. “Such double-standard viewpoint discrimination is as incoherent of a policy as it is injurious to a university community. I know firsthand how valuable a Christian campus ministry is to one’s college career and character formation.“

The court opinions are the latest regarding the clash between the rights of campus religious groups to limit leadership to those students who affirm their beliefs and the anti-discrimination policies of universities. In recent years, schools such as Vanderbilt University and California State University have removed religious groups from official recognition because of their faith-based requirements for leaders.

In his opinion, federal judge Robert Cleland said Wayne State’s Board of Governors and two of its administrators violated InterVarsity’s “rights to internal management, free speech, freedom of association, freedom of assembly,” as well as the free exercise of religion and establishment of religion clauses of the First Amendment.

“[T]he ability of religious groups to select leaders who in fact agree with the religion is exactly what the First Amendment protects,” Cleland wrote in his 83-page opinion. “No religious group can constitutionally be made an outsider, excluded from equal access to public or university life, simply because it insists on religious leaders who believe in its cause.”

Cleland ruled the two Wayne State administrators who are defendants were liable for all of InterVarsity’s claims except the one regarding freedom of assembly.

InterVarsity, which has been at Wayne State for 75 years, welcomes all students as members but limits its leaders to those who affirm its statement of faith. When InterVarsity sued Wayne State in 2018, the school restored it as an official student organization but did not revise its non-discrimination policy and continued to say the group is in violation.

“The law is crystal clear: universities can’t kick religious student groups off campus just because they choose leaders who share their faith,” said Lori Windham, senior counsel at Becket, a religious freedom advocacy organization that represents InterVarsity. Calling it a “common-sense ruling,” Windham said in a written statement it means InterVarsity “must be treated fairly … and now can continue its good work serving a diverse campus community.”

In the Eighth Circuit case, the University of Iowa had not challenged a federal judge’s ruling that the school violated BLinC’s rights under the First Amendment to free exercise of religion, free speech and expressive association. Instead, BLinC appealed the lower court’s finding that the university’s administrators qualified for immunity from those violations.

In its ruling, a three-judge panel of the Eighth Circuit held the administrators were personally responsible regarding the free exercise and expressive association violations but not the free-exercise claim.

Federal judge Stephanie Rose had ruled in separate cases that the university violated the First Amendment rights of BLinC and InterVarsity.

“It’s deeply ironic that school officials tried using the University’s nondiscrimination policy to discriminate against religion,” said Eric Baxter, vice president of Becket, which also represents BLinC. “They knew this was wrong, yet did it anyway. We’re pleased the court has recognized that such blatant religious discrimination brings personal consequences.” 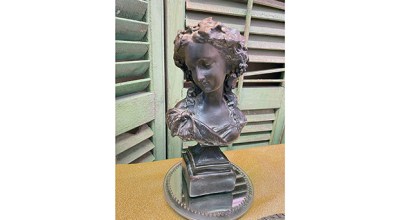 And they’re off, once again! Woodlawn students race in stick horse Derby

Coronavirus vaccinations and cases continue to slow in Kentucky

Art Center exhibit inspires, challenges community – lays a path for the future; The Road Ahead: Reflections on The Art of Being Black