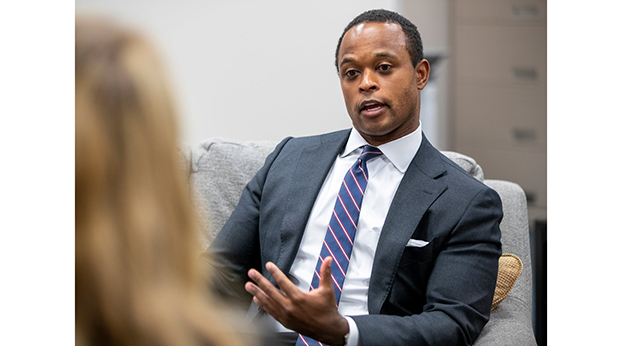 Kentucky Attorney General Daniel Cameron has joined a 21-state coalition in support of the constitutionality of the Tennessee law requiring a 48-hour waiting period before an abortion.

Last month, a divided three-judge panel of the U.S. 6th Circuit Court of Appeals declined to lift a District Court’s injunction against Tennessee’s waiting period law.  Judge Amul Thapar of Kentucky dissented from that decision and called on all 16 judges of the court to immediately review the decision.  Subsequently, Tennessee requested that the full court review the decision, and the coalition’s friend of the court, or “amicus brief”, supports that request.

“More than half of the states in the country have waiting periods before an abortion, and the Sixth Circuit’s decision has the potential to throw these laws into disarray,” said Cameron.  “We cannot let that happen, and we co-led this brief to support Tennessee, and also to protect the Commonwealth’s laws.”

The coalition argues that the Sixth Circuit’s decision casts doubt on the governing rule from the U.S. Supreme Court’s ruling in June Medical Services v. Russo, which is used to review the legality of abortion laws throughout the country.  The Sixth Circuit applied this same rule last year in a decision to uphold Kentucky’s transfer agreement law, requiring that abortion clinics have a transfer agreement in place with a local hospital and ambulance provider.  The amicus brief states that the Sixth Circuit ignored this important precedent when applying the rule to Tennessee’s abortion waiting period law.

The brief also argues that both the U.S. Supreme Court and the Sixth Circuit have upheld similar laws against constitutional challenges, and if the full court does not reconsider this decision, this precedent will be jeopardized.

No word yet on whether the full court will consider the case.  Cameron co-led the brief with Louisiana and is joined in signing it by Alabama, Alaska, Arizona, Arkansas, Georgia, Idaho, Indiana, Kansas, Mississippi, Missouri, Montana, Nebraska, North Dakota, Ohio, Oklahoma, South Carolina, Texas, Utah, and West Virginia.