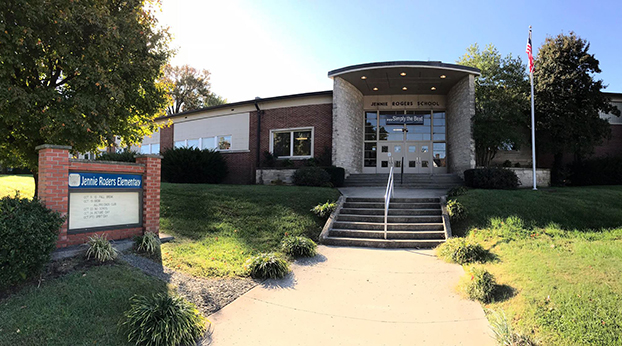 Jennie Rogers Elementary School, located on East Main Street, is empty. The Danville Board of Education is considering its options with the property. (Facebook photo)

The city of Danville is purchasing the former Jennie Rogers Elementary School building and the five acres it sits on for $637,000. The property was appraised for $530,000.

During a special-called meeting Thursday night, the Danville School Board announced that the city had the winning high bid. The only other bid submitted was from Blue Grass Community Action Partnership for $375,250.

Superintendent Dr. Tammy McDonald explained after the meeting that per Kentucky Department of Education guidelines, Danville schools wasn’t allowed to sell the property for less than 5% below appraisal value. The city’s bid was $107,000 more than what the property was appraised for, which leaves the city paying more than 20% above the appraised value.

“I was extremely pleased with the sale. The proceeds will help Danville schools move forward, especially in light of the two tax refunds that we are under,” McDonald said, referring to the district having to refund Wausau and possibly Corning for several hundred thousand dollars in taxes they had mistakenly paid the district over the past few years.

On Friday, Danville City Manager Earl Coffey said, “The city does not have an immediate detailed plan for the property but only holds the goals of improving livability downtown, improving services to the citizens and improving economic vitality.

We believe the property and building can aid in accomplishing these goals.”

He added, “The city sought the property because it is a critical piece of public space in downtown. It was identified as a potential community asset in both the Parks Master Plan and the Downtown Master Plan.”

The next step is for the Kentucky Department of Education to approve the sale, McDonald said, which could take up to six weeks.

Board Chair Steve Becker said, “The district is ready to close on it tomorrow.”

After the announcement of the sale, Becker said, “I have no clue what they’re (the city) going to do with it, and I guess nor do I care. But … I’ve been asked by many people that they do not want to see the name Jennie Rogers disappear. So if it ends up being a community center for the city, and offices, if the name Jennie Rogers could stay in some form or fashion. …

That’s the only thing I ask. They’re not required to do it. But if any way we could keep that wonderful lady’s name in the forefront with the building, it would be a tremendous thing for the city and also continue the relationship with the district.”