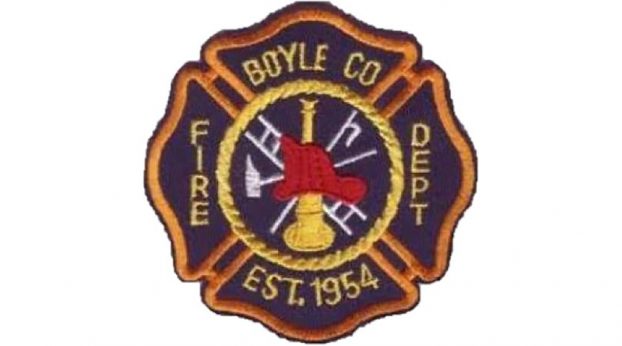 The Boyle County Fire Department responded to a call from dispatch that four horses had fallen into a frozen pond in the Brumfield community on the afternoon of Feb. 20. By the time they arrived on the scene, the homeowner had already gotten three of the horses out but needed assistance with the fourth horse that was further out, said Assistant Chief James Coffman.

About eight or 10 people were on the scene, Coffman said. He said to get the horse out with help from the homeowner, three BCFD staff and one Perryville Fire Department staff member pushed a ladder onto the pond, which they used to place a large strap around the horse’s neck. They came back on the ladder and broke the ice in a way that ensured they didn’t have to pull the horse over sharp, jagged edges of ice. When the horse realized it was back on solid ground, it stood up and the homeowner led it right to the barn on the property without a rope around its neck.

“I think everybody involved was really glad the horse was out of the water, including the horse,” Coffman said.

Coffman said the fire department was dispatched to a broad area because sometimes farms in the county don’t have a clear house number attached to them. He said luckily, some people from the fire department knew the area well and knew where they were responding.

“It was just an awesome job of teamwork between the fire department and the homeowner, everybody involved, to make sure there was no loss of life for the horse,” Coffman said. “In today’s society, they’re very special to folks, and we want to know that we’re there to help rescue folks, help rescue pets.”