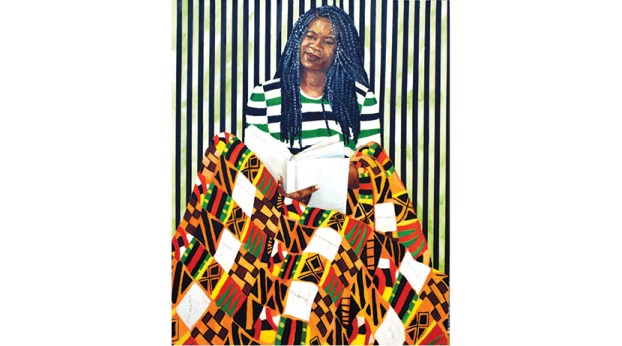 Danville, KY – Jan. 12 marked the opening of an innovative new exhibit at Art Center of the Bluegrass. The Art of Being Black: Conversation and Experience tackles the big issue of race through the lens of conversations, memories, and stories of African Americans in Kentucky. A virtual exhibit opening and gallery talk will be held on Thursday, Jan. 21.

“The finished product is a beautiful and moving exhibit,” explained Niki Kinkade, executive director of Art Center of the Bluegrass, “but the path that we took to get here is different from any show we have ever hosted.”

The Art Center convened an advisory committee of Black community leaders and creative professionals who worked together to shape the exhibit. In addition to issuing an open call for artwork that addressed the theme of the Black experience, the Art Center commissioned five Kentucky artists to create artwork for two inter-related exhibits.

“What I got from it was the total love of the community,” said Charles. “This was expressed by some of the older individuals that had talked about the sense of community that they had when they were growing up and I wanted to show this in my artwork.”

Charles submitted two paintings to the exhibit – a pair of portraits of Black women, each with a quilt in her lap and a book in her hands. The older woman’s portrait is entitled “The Heritage” while the younger woman bears the title “The Legacy.” Charles explains that the imagery is meant to convey the sense of continuity, of passing traditions from one generation to the next.

“The past continues to influence the people who currently live in Danville,” she said, explaining that the book imagery represents “reading about what happened in the past and how it’s shaped them into becoming well-rounded people today.”

Lexington folk artist LaVon Williams captured the vibrancy of Danville’s Black social scene in two painted wood carvings for the show. One piece was inspired by a story of adventure and intrigue at a Danville nightclub that ended with a young woman hiding under a table to avoid being spotted by her pastor.

Williams said, “I like the sense of community that everybody was talking about in the conversations. So, that was what shaped some of the pieces that I worked on.”

For Louisville artist Ashley Cathey, the community conversations told stories about place and belonging. She explained that her paintings “are about the places we call home — about the lack of representation in those spaces and places that we call home and the horrors/joys that come after exiting ‘home.’” Cathey is a self-described multi-disciplinary social change artist and often uses her pieces to bring a voice to social issues. Her vibrant artistic style defies convention and seeks to comment on the misrepresentation or under-representation of her subject matter.

“These pieces explore the dualities of the perspectives of living in spaces that are predominantly white when being Black,” she explained. “The painting acts as a map of epigenetical trauma surrounding rural spaces in Kentucky and Black Kentuckians.”

Themes of identity and perception are at the forefront of the second exhibit — Momentum. For this exhibit, two artists were asked to respond to civil rights photographs of their choosing. The result is a powerful visual through-line of the ongoing struggle for racial justice.

Frank X Walker, a Lexington resident and former poet laureate of Kentucky, created five paintings for the exhibit. Inspired by photographs of the integration of the Little Rock schools and the 1968 Olympics in Mexico City, his “chalkboard series” explores the intersection of race, sports, and education.

He said, “As a writer & visual artist I am interested in how text and images can work together to heighten meaning. In this age of emoji and communicating by cell phones, people seem to pay more attention to graphic images, acronyms, and language shortcuts with no intention of surrendering the depth or complexity longer missives generally convey. I utilize these same short cuts to discuss large and complicated histories and narratives in a two-dimensional space.”

For Tomisha Lovely-Allen, a painter from Louisville, the Momentum exhibit was an opportunity to “dig deeper than just connecting people to humanity but also communicate in my work my perspective of the injustices I continue to see against black people.”  One of her two pieces, titled “I Am Still a Man,” was inspired by a photograph from the 1968 sanitation workers strike in Memphis.

She explained, “Today, approximately 60 years of change since the civil rights protests of the 1960s the fight of a black man still continues for the right to be seen and treated as a man. The appearance of the fight may look different but the intent remains the same.”

A third exhibit — Call and Response — was an open call for submissions and includes pieces by 16 Kentucky artists.

Visitors to the show can also view “The African-American Experience in Kentucky” — an hour-long film by P Pi Productions. For the film, Chuck Taylor and Elliott Porter interviewed Black community members to document and share their stories. Visitors can also respond to the exhibit through several hands-on engagement opportunities, including creating their own collage quilt squares and responding to creative writing prompts.

“We are grateful to the community partners who wanted to help us tell this story,” says Kinkade. PNC Bank stepped forward early in the planning process as the presenting sponsor of the exhibit, while Toyota Motor Manufacturing provided a grant to help underwrite the cost of curating the show. The Kentucky Humanities Council provided additional funding to bring the exhibit to life.

Because of the ongoing impact of COVID-19 on public gatherings, the Art Center is presenting the show both in-person and virtually. The online version of the exhibit includes videos of the artists discussing their work along with opportunities for the public to engage and respond to the show. It is accessible via the Art Center website at www.artcenterky.org. The Art Center has also developed a robust virtual field trip curriculum that is available to educators throughout Kentucky, with fourth and fifth grade classes able to participate free of charge.

The Art of Being Black: Conversation and Experience will be on display from January 12 to April 17. The galleries are open Tuesday through Friday, 11am to 7pm and Saturdays, 10am to 5pm. Small group tours may be scheduled on Mondays, by appointment. Parking is available behind the Art Center building, including handicap accessible parking. The Art Center building is fully wheelchair accessible and stringent COVID-19 safety precautions are in place to maintain visitor safety. All visitors must wear a mask at all times.

A conversation with Jereann King Johnson

The virtual exhibit is accessible here. 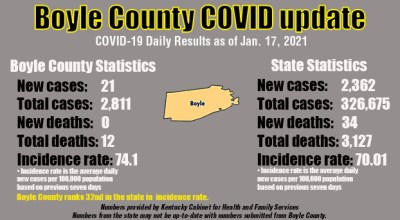 Cats come up short against Auburn 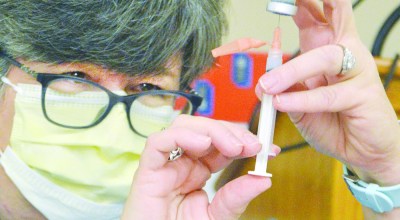