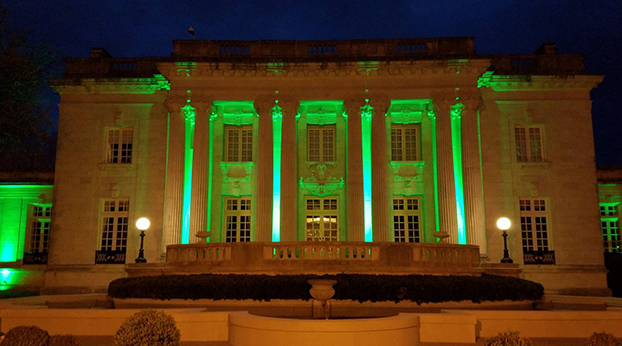 Tuesday saw Kentucky’s highest single-day number of deaths related to the coronavirus, the third-highest day of new cases, and Gov. Andy Beshear said he will be announcing additional restrictions on Wednesday

There were 2,931 new cases reported to state public health officials, the highest ever total for a Tuesday and the third most for any day, and makes it 142,008, since the first case was reported in Kentucky on March 6. The ten counties with the highest number of new cases were Jefferson with 330, Fayette 233, Madison 156, Daviess 93, Boone and Hardin 84, Kenton 83, Warren 63, Bullitt 61 and Pike 58.

The state’s positivity rate on Tuesday rose to 9.1%, prompting Gov. Beshear to say, “Do you remember when we had it under 4% and we were concerned when it went up to 5%? This is a very dangerous territory.”

Hospitalizations also continue to rise with 1,521 Kentuckians now in the hospital -.354 of them are in the ICU, with 178 on a ventilator.

There were also 33 new deaths reported Tuesday, increasing the pandemic total to 1,697.

“It’s occurring right now, all over the commonwealth,” he said. “So I hope you’ll keep those green lights on at night, because it’s too many people. Too much pain out there. It’s going to be difficult for them to grieve, and maybe seeing that green light on your house or your neighborhood will be something that just lets them know that you care.”

Beshear also said he would announce new steps that they will be taking to halt the spread. “It is time to get control of this beast and I refuse to stand by and watch avoidable loss around us. We’re at war, and there are some who want to surrender and accept the fatalities. I’m not that type of governor, I’m not going to be that type of leader.”

The governor says he will be meeting with legislative leaders on Wednesday, prior to making his plans public, which he continues to say will be different and a more targeted approach than those taken in March and April.

“When these steps come out, we want them to work,” he said. “So we’ll need leadership on all levels to help us make that happen. We think taking this extra time to get additional buy-in, can hopefully get us more effective results.”

He said the steps to be announced Wednesday affect restaurants and bars, “But we are also going to announce a program to hopefully provide some relief.”

One step that he says he doesn’t plan to make is a statewide curfew, such as was announced by Ohio Gov. Mike DeWine. “I think we’re going to some significant steps that I believe we will get us a better result than a curfew.”

He showed the success of Kentucky’s Healthy at Home program and mask mandate in suppressing the virus, and helping the state avoid an exponential increase in cases during the spring and summer. Unfortunately, he said without new action, Kentucky will likely see that exponential growth in cases in the fall and winter.

Dr. Stack explained that COVID-19 is expected to be the nation’s third-leading cause of death in 2020, only behind heart disease and cancer.

“This is not political. We are trying to keep people safe from a once-in-a-century pandemic,” said Dr. Stack. “If your neighbor’s house is burning down, are you going to stand idly by, or are you going to try to rescue them from the fire? I am confident that if we come together, we can interrupt this third climb, but it’s got to be Team Kentucky pulling together.”

Beshear plans to hold his next virtual press briefing Wednesday afternoon at 4.