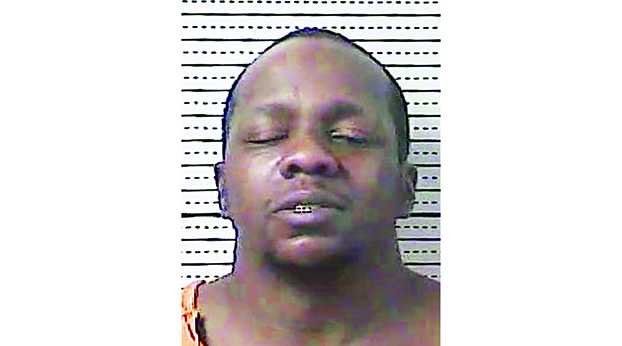 A Harrodsburg man was arrested on drug-related charges after fleeing from Danville Police and crashing his vehicle Saturday night.

Alvis White, 40, was charged with driving on a suspended license, reckless driving, disregarding a traffic control device, improper lane usage, first-degree fleeing or evading police, driving under the influence of intoxicants and trafficking in a controlled substance, fentanyl. Monday afternoon, White was being held on a $150,000 cash bond.

According to a police news release, officers attempted to conduct a traffic stop with the driver of a black Chevrolet Cruise at 8 p.m. Saturday who had been seen driving recklessly on North Third Street. White stopped at the traffic light at Third and Main streets, but as the officer began to approach the vehicle, the driver sped off.

Officers pursued the vehicle as it turned left onto Main Street then onto Fourth Street and Lexington Avenue, where he continued northbound on Shakertown Road.

White continued driving recklessly, and crossed into opposing lanes and nearly sideswiped other motorists, going at more than 100 mph, according to police. White lost control of his vehicle near Northpoint Training Center where he dropped into a ditch on the left side of the highway and struck a tree stump. The vehicle went airborne, spun and came to rest back into the middle of the road.

The vehicle was rendered disabled due to the crash. White was taken into custody without incident by DPD officers.

He was transported to Ephraim McDowell Regional Medical Center where he was treated and released and then was taken to the Boyle County Detention Center. According to police, White was in possession of 10 grams of suspected Fentanyl. Police were assisted at the scene by Boyle County EMS and Boyle County Fire Department.

Juveniles arrested
In reference to a report of a stolen vehicle, Danville Police officers located an abandoned Ford Taurus in the area of Fourth Street and Lexington Avenue at about 4 a.m. on Monday.

Officers determined the vehicle was inoperable and had struck a parked vehicle in the area. A witness gave a description of three male subjects who had fled from the vehicle after the collision. Officers canvassed the area and located three juveniles, ages 14, 15 and 17 and determined that were involved in the incident.

Upon taking the juveniles into custody the 15-year-old attempted to run from officers but was quickly apprehended. Officer discovered that the 14-year-old had taken the Ford Taurus from his grandmother’s home in Stanford.

Charges for the minors include leaving the scene of an accident, no operator’s license, fleeing or evading police on foot and resisting arrest.