Cats honor teammate Oats with wearing of his #22 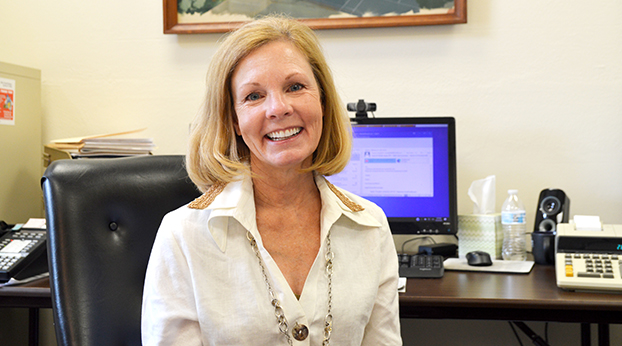 Mary Conley is set to retire from her position as Boyle County treasurer. She has worked for the county since March 1992. She will be honored Sept. 30 at the Arts Center of the Bluegrass from 11 a.m. to 1 p.m., and the celebration will include presentations, music and light refreshments.

Since Mary Conley, current Boyle County treasurer, started to work for the county in March 1992, she has been involved in helping develop the budget for the county, handling recordkeeping and sending information to the state. In that capacity, she’s been a figure behind a number of projects and programs.

She administered a grant behind some stabilization for the Forkland Community Center. Since 1994, she’s handled federal grant money, some of which has gone to Perryville Battlefield State Historic Site and Merchants Row. She also was involved with the building of a new jail and helped sweep and clean it prior to its open house, and she was involved with the county’s transition from having volunteer emergency service to establishing Boyle County Emergency Medical Services, complete with a career staff and an advanced life support designation.

Now, Conley is set to retire after 28 years of working for county government. Her service will be honored at the Arts Center of the Bluegrass on Sept. 30 from 11 a.m. to 1 p.m. The celebration will include light refreshments, music and presentations. Conley said she has loved her work over the years, and she has worked with great people over the years and poured herself into her work.

Part of why Conley is retiring is because she and her husband got into a car accident in September 2019 that flipped their car three and a half times. Fingers on her right hand were crushed. Since then, she has been able to type and use a calculator — a big part of her job as treasurer — but it can be slow and difficult since she said she has lost some of her fine motor skills. However, Conley said she is also retiring because the accident made her realize it was time to slow down and get back in touch with the quiet, simple things that make her happy, like getting in touch with nature through hiking, canoeing, biking, gardening and other outdoor activities, as well as embroidering, reading and singing at her church. One of the first things she said she wants to do after she retires is embroider a pair of jeans. She also said her retirement will give her more time to spend with her family as well, like her six-year-old grandson in Alabama. Another thing she wants to focus on is finding a way to be artistic, especially because her mother paints and her husband is a potter.

“My personal life has changed, and the accident has made me realize that we need to take time for ourselves and enjoy our life if we’re able to do so,” she said.

However, Conley said she wants to start working again at some point after she retires and will consider opportunities that present themselves.

“I’m not made to sit around,” she said. “I’m too active for that. I’ll get bored very quickly if I stay home, so I’ll find something else to do that’s not so demanding.”

Another point to consider, she said, is that she thinks it’s time someone looks at the county treasurer position with fresh eyes and brings in new ideas for the county budget. She said she thinks it’s important for young people to find jobs, especially.

“I want somebody else to look at everything with a whole new fresh set of eyes that sees something differently than I do,” she said.

County Engineer Duane Campbell said he has worked with Conley since he came back to work for Boyle County in 1996. She was involved with one side of the process of working with grants while he handled construction projects and other efforts a grant may have paid for.

One project Campbell said Conley and other county employees were involved in was the development of Millennium Park, which he said was a project that took place over the course of several years. He said part of her role was making sure the county stayed within budget during planning and construction.

Tony Wilder was Boyle County judge-executive during the development of Millennium Park and many of the projects and programs Conley has been involved with, as he was judge-executive from August 1993 to March 2008. He is currently executive director of the Kentucky Council of Area Development Districts. He said in his years of experience working with Conley, he has known her to be honest, conscientious, hardworking and passionate. He said she was a strong advocate and steward of the public taxpayer as well.

“With that, she also was a good friend and one I respected greatly,” he said.

One thing he said Conley played a pivotal role in was helping county employees transition to being self-insured. Also, with a grant, the county was also able to build the current building for the Boyle County Health Department during Wilder’s time as judge-executive. Projects and programs were accomplished as a team, but he said Conley played an important financial role.

“For me, as a chief executive, it just gave me great confidence and comfort to know that she was there,” he said.