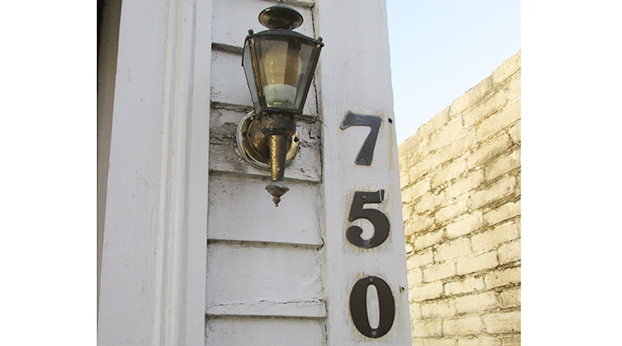 The Junction City mayor and city council are working on clearing up several “housekeeping” issues within the city limits.

During the regular council meeting Thursday night, Mayor Jim Douglas said the lack of visible house numbers is a problem, especially for law enforcement and emergency responders. “This has been an issue brought up year after year after year,” he said.

Also, there’s a common problem of house addresses not running in order. On one street in town, “There’s 104 and 151, side by side, on the same side of the street. That’s a problem you have. We’ve got these situations,” he added.

Police Chief Russell Preston agreed. He said when new officers come on the force, someone may tell them, “go to John Smith’s house. Well, they don’t know John Smith. … We could spend hours looking for a house number.” And time matters in an emergency situation, Preston added.

“People have to display a house number or receive a citation,” Douglas said, and the council members agreed.

The council decided to have the police chief leave a note on doors and in mailboxes that need to have the address properly displayed before he gives the residents a citation.

One of the residents he’s taking to court has weeds four-feet high and seven rusty vehicles have been sitting on the property for more than five years and refuses to clean it up according to Junction’s ordinance.

“They’re the ones who fired our rep,” Douglas said. So he expects the EDP to contact him about the situation before he sends the organization any money, he told the council.

Mayor Douglas told council members who wanted the event to take place should come up with a plan and present it at the next meeting in October.

Mayor Douglas said the Boyle County Property Valuation Administrator asked Junction City to take over the lot in order to remove it from the tax rolls because taxes hadn’t been paid on the property for many years. No one has claimed to own the property.

City Clerk Susan Music said someone researched the plot several years ago and discovered that if anyone wanted to purchase the land they would be responsible for paying all of the back taxes and paying to move all of the graves, which would probably be more than 20 grave sites.

Douglas agreed. “We need that.”