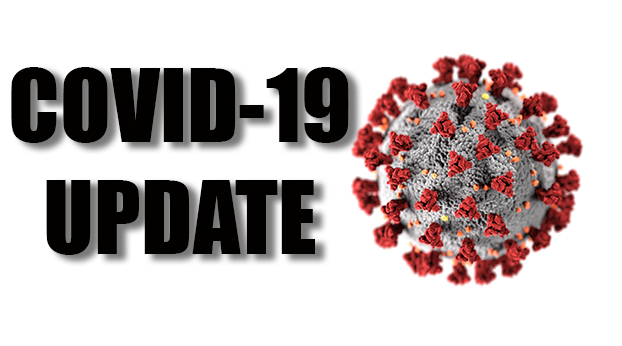 That makes up a time period between Tuesday afternoon and Friday afternoon. The Boyle County Health Department typically releases case count figures on those two days.

Boyle County now has 36 active cases being followed by the Boyle County Health Department. Since the beginning of the pandemic, Boyle County has had a total of 138 cases.

Of those new cases, nine were reported in long-term care facilities and 12 are cases in the general public, according to Brent Blevins, public health director for the Boyle County Health Department.

At this time, none of the active cases are hospitalized, Blevins said.

Those numbers do not include positive cases that have been discovered at Northpoint Training Center. According to Blevins, the Kentucky Department of Corrections manages their own facilities, which includes Northpoint, and that consists of case reporting, contact tracing, etc.

As of Sunday evening, the latest data available, there were 12 cases of COVID-19 reported among inmates at Northpoint Training Center, as well as five cases reported among staff members at the facility.

Blevins also clarified some confusion among many local residents regarding how numbers are reported locally versus numbers reported by the state during Governor Andy Beshear’s daily press briefings.

Blevins said positive cases come first to the Boyle County Health Department, where health officials work the case at a local level performing contact tracing and other necessary functions. Positive cases then go to the state epidemiologist and then are reported through the Kentucky Public Health Commissioner’s office and then on to the Governor’s office.

Blevins said the health department wastes no time in passing along positive cases to the state epidemiologist but the sheer volume of cases can lead to delays in reporting.

“While we realize this process can lead to errors in numbers reported due to the number of stops the case has to make, this is the process we have at this time,” Blevins said. “Just by the nature of the volume of this, it’s definitely better than when it first started, but when that paper is going through four different places, it’s just slowing down as far as them getting the numbers.”

As of Monday morning, the state’s official COVID-19 website reported only 101 positive cases in Boyle County.

More restrictions are likely coming from Beshear’s office in response to escalating case numbers and positivity rates in Kentucky. Blevins said he recognizes that people have varying opinions on the restrictions, but said he does believe restrictions implemented early on have benefitted the healthcare system to make sure that it is not overrun.

“We called it flattening the curve early on, but I think it has helped our healthcare facilities just to be able to do what they need to do and not be overrun,” Blevins said. “That’s kind of been the key to this whole thing while we wait for a vaccine or whatever is coming out therapeutically. From that aspect, I think some of the restrictions has helped us a lot.”

Blevins said by looking at the numbers in Kentucky compared to several other states, he believes there is a good argument that implementing restrictions early on helped the state battle the impact of this virus.

“We’ve set up our own department within, essentially our own COVID department where we’re doing all the contact tracing and working on that,” Blevins said. “Getting that process going has been stressful but we’re now to the point where I’m glad we got all this in place.”

Contact tracing is an integral part of the work being done at the health department. Blevins said that many of the individuals that they call actually find it to be a positive, even though the call is to notify them that they have been in contact with someone who tested positive and they will need to self-isolate for a period of time.

“I think most people end up seeing us as a support,” Blevins said.

Providing an example, Blevins said his team of contact tracers were on the phone with a family Monday morning that was out of work with children in the home and in need of groceries.

“They rely on working day-to-day just to make sure they have enough money to buy food for the next day,” Blevins said. “Our people were taking food out to them.”

Blevins said others see it as a positive that someone is calling to check in on them and have someone to talk to about any symptoms they may be displaying.

“For most people, I think it turns out to be more of a help than they thought it would be at the beginning,” Blevins said. “It’s kind of that social service side of it, you know, just helping people.”