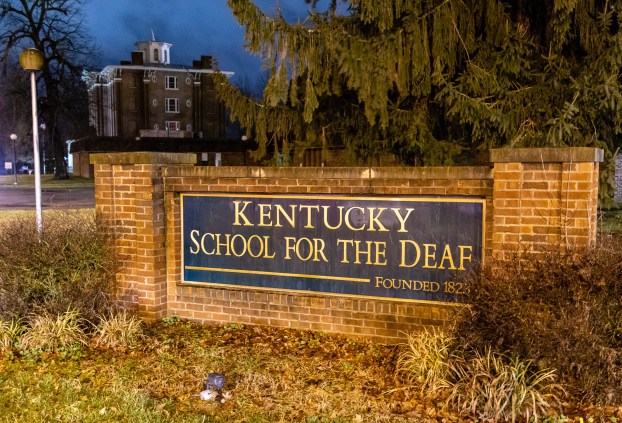 Two master plans for Kentucky School for the Deaf developed in 2004 and 2007 are slowly being implemented and now, its 170-acre campus is affecting how Danville’s downtown master plan will look.

“…We are starting to see the state surplus properties from KSD … and we understand there may be two additional parcels south of the Walker Hall tract,” one behind Jacobs Hall and the old physical plant or boiler building, both facing Third Street, said Economic Development Partnership CEO Jody Lassiter.

“So obviously that’s going to have an important impact to the Third Street corridor and the growth of downtown. … Everyone who’s participating with the steering committee group all feel that these properties are very important to the downtown area. Rarely do we have that amount of acreage that could become available for the use of downtown development,” Lassiter said.

“KSD is unique in that we have a very large area of property that is part of the core downtown area,” Lassiter explained.

Earlier this week, Danville City Commission voted to purchase Walker Hall, the former KSD elementary school located on the corner of Second Street and Martin Luther King Boulevard, from the commonwealth of Kentucky for $890,000. Danville Mayor Mike Perros said the city was the “purchasing agent” for another entity that would be announced later.

In April 2017 Michael McAfee purchased 50 acres of KSD property on Stanford Road for $275,055 for a new development.

He explained, “so the city of Danville would be wise to be prepared for the proper development of any lots that the state of Kentucky decides to surplus.”

Perros added that the city is also working in conjunction with Boyle County Fiscal Court “to help facilitate their needs” for additional growth.

This week Jamey Gay, who was chair of the KSD Task Force formed by the EDP in 2007, presented the group’s findings and recommendations, to a representative with Bravura, the company hired by Danville to complete the city’s downtown master plan.

The task force was formed because the future of KSD was identified as one of the top issues in the community after a series of town hall meetings, according to Gay. Its goals were: support KSD in fulfilling its mission; job growth; plan for reuse of property; preservation of Jacobs Hall; and facilitate partnerships.

Gay said he was asked to share the information because the task force’s research was the most comprehensive study of the campus, even though it was made about 13 years ago, and Bravura needed it to developed a new downtown master plan for Danville.

In his PowerPoint presentation, Gay showed that in 2004, KSD had a facility master plan recommended by a state planning committee and was approved by the Kentucky Board of Education. One of its recommendations was that the campus should be reduced to 40 acres from 170 acres.

The 2007 EDP task force, made up of representatives from KSD and several of its organizations, and officials from Danville, Centre College and Ephraim McDowell Health, however, recommended that the campus determine a boundary perimeter containing about 62 acres, and declare properties outside that boundary as surplus.

Lassiter said Danville was not telling KSD, “‘Hey, we want this five acres, or we want this building. In fact, it’s 180-degrees in the opposite direction.”

The “decision makers for KSD” determined that some of its property “was no longer needed for the school’s operations, particularly since the new elementary school has been constructed near the middle and high (schools), Lassiter said.

“It’s a long and laborious process to surplus those properties. And what we hope, because of their locations, that they can be utilized in a manner that will be positive to the development of the downtown area.”

Lassiter said KSD’s surplus property along Third Street would probably not be developed for retail or restaurants.

“I think the best and highest use of that property will be office/healthcare related development … given the proximity to the hospital.”

“We want to avoid what has happened in so many other communities where the hospital decides to leave a downtown location and go to the bypass to build a new facility, and I am sure that is an issue which may be under consideration,” Lassiter said.

Ephraim McDowell Health is the largest employer in Boyle County, “So we want to continue to build upon that and in a way, that actually is a great boost to not only employment, but traffic and activity that benefits other retailers and restaurants in the downtown area.”

“I think anyone can logically see that given the proximity of the hospital and the Walker Hall tract, as well as the other two potential tracts that are to be surplussed, as I understand it by the Kentucky Board of Education, that they would be of great value for the future growth of the hospital’s services,” Lassiter said.

Daniel McKay, President and Chief Executive Officer of Ephraim McDowell Health said his organization, along with officials from Danville and Centre College are working together to develop “an organized downtown master plan. … a coordinated plan to develop downtown.”

He said the hospital wants to stay downtown, “It’s important for the city. … We have such a big footprint. But we’ve got to have room to grow. … We need to be able to grow.”

McKay said they are interested in KSD’s surplus property. But, he added, “We don’t know 100% what we’ll do with the lands.

He said they’re meeting with city and Centre officials to “look at existing spaces” and there may be a possibility that some trading could take place.

McKay said the hospital wants to add more services, parking and make its facilities easy to get in and out of.

“We need a new emergency room. Where does the ER go?” McKay asked.

“We are interested,” in the Walker Hall property, he said. “It does make sense. We have had discussions with the city in making it part of our campus,” McKay said.

Lassiter said the iconic Jacobs Hall, built in 1855,  is not at risk of being surplussed, even though it’s adjacent to the Walker Hall property that was just sold.

“Jacobs Hall is not only a historic landmark, it is an icon of the deaf education community in Danville, and really, it’s part of us.”

“We would love to see it become an even greater attraction for tourism, particularly for those who have an interest in deaf education,” Lassiter said. “They have a wonderful museum there.”

He added, “I would expect and want to see any use of that property (Walker Hall) regardless of who the purchaser is going to be, is such that the development of that location is not going to be harmful to the historic character and the use and enjoyment of Jacobs Hall. It’s a beautiful structure. We want to make sure that as these other properties are surplused and utilized by whoever purchases them, that they’re developed in such a way that its respectful to what is one of the oldest buildings in downtown Danville.”