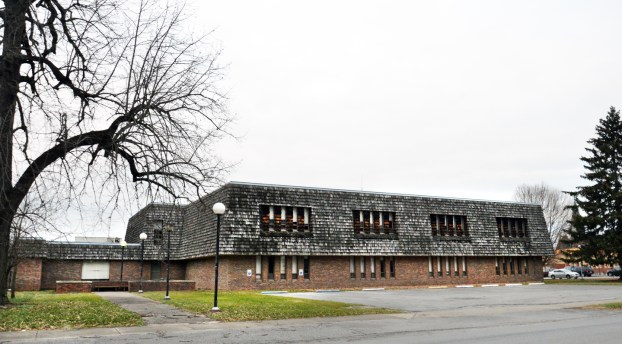 Kentucky School for the Deaf's Walker Hall has been surplussed by the Kentucky Department of Education and is now being purchased by the city of Danville. (Photo by Robin Hart)

The Danville City Commission unanimously approved a motion Monday morning in a special-called meeting to purchase Walker Hall, the former elementary school for the Kentucky School for the Deaf, from the commonwealth of Kentucky.

The 40,000-square-foot property that sits at the corner of Second Street and Martin Luther King Boulevard will be sold for $890,000, the value that it was recently appraised for, according to City Attorney Stephen Dexter.

The Kentucky Board of Education listed the property as surplus in December 2019, according to a story in the Advocate-Messenger. In that same meeting in December, state officials mentioned the possibility of other KSD property being surplused in addition to Walker Hall.

“When the state makes a decision to dispose itself of real property, they have a series of steps they take,” Dexter said. “The first is making an offering of the property to other public agencies in the area.”

Dexter explained that the state offers property to other public agencies at the appraised value without going through a formal bidding process and opening to the public.

The city has 30 days to procure a title opinion, Dexter told the commission, and the closing will occur within 60 days of execution of the offer.

Chief Financial Officer Michele Gosser told the commission that the purchase will be made from the city’s reserve funds and a budget amendment will be made at a later date.

Funds from the sale of the property will be returned to the school to be used for other repairs and improvements on campus.

Danville Mayor Mike Perros said he was glad to see the offer extended to the city and excited about the possibilities moving forward.

“I personally am very pleased that we have this opportunity,” Perros said. “KSD represents the largest, single undeveloped parcel of land within the city of Danville and it is critical how that is developed. It is interesting that we now have a community development plan that is near completion and KSD will be folded into that development plan.”

Perros said the property has been on the city’s radar for some time.

“It’s personally gratifying to see something that has been on the radar screen for, gosh, I guess 20 years really,” Perros said. “It’s good to see that begin to come to some fruition.”