Boyle schools will have decision on returning to classes… 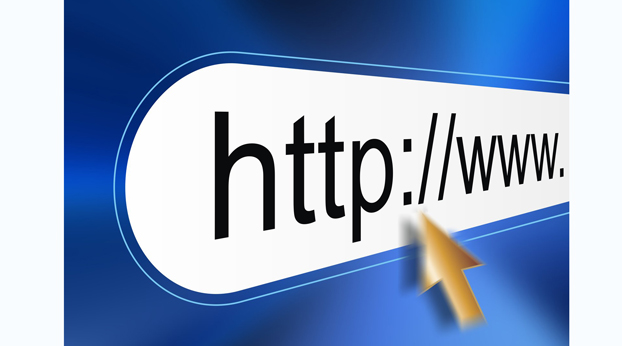 From virtual meetings while working from home to distance learning in schools, telehealth visits with medical professionals, applying for unemployment, live-streamed worship services, and much more, the internet has become nearly a necessity during the COVID-19 pandemic.

That can be problematic though for many in Kentucky, and specifically in Boyle County, where many do not have internet service, either due to the cost or lack of access. This is commonly referred to as the “digital divide.”

This number includes people of all ages, races and ethnicities, income and educational levels. The report shows that 7-8 percent of children under the age of 18 in Boyle County live in a household that does not have an internet subscription, while nearly 40 percent of residents 65 years and older reside in a household without an internet subscription. The number of those 65+ years old who do not have internet service accounts for 2,084 of the total residents in Boyle County without internet service, or approximately 42.5 percent.

Locally, Jewel said, there is a major disparity in internet access between the city of Danville and Boyle County.

“Geographically, you really see it amped up,” Jewel said. “When you look at internet accessibility, Danville is pretty much a beacon. For people that live in Danville, not only is the subscription rate high, but there are free resources like computers at the library. Once you get out into areas of the county, along the southern part of the county, or out in the western part, there is a lack of cell service and very lacking in internet services.”

The rural areas are the areas most affected by this digital divide, and those areas already suffer from many economic problems, Jewel said.

“It’s a real problem,” Jewel said. “We need to do everything we can to make sure we get good high-speed internet to the rural areas.”

This plays a problem in recent months, as telework has become popular among businesses. Even as businesses have begun to reopen following the COVID-19 shutdown, public health and government officials are still advising businesses to let employees work remotely when possible. That’s nearly impossible, however, for individuals who may live in an area where high-speed internet access isn’t a possibility.

“Then you have problems with a business trying to keep a good employee employed,” Jewel said. “But in a situation like that, you have an employee in a geographical situation where they can’t be gainfully employed because they don’t have that essential tool. For at-risk people, having to come into work because of a lack of internet access, that’s a real concern.”

Jewel said he believes that expanding access into rural areas is a problem because it doesn’t make a lot of sense financially for for-profit companies to provide that “last mile” delivery service.

“When you talk about Gravel Switch or Forkland, economically, it doesn’t make sense in a for-profit environment,” Jewel said.

Because of that, the chamber, EDP, and other local organizations that understand the problem continue to look for possible solutions.

Lack of internet access for Boyle County residents is an issue that local school leaders have to work around every year also, but even more so recently. Susan Taylor, chief information officer for the Boyle County School District, said the school district regularly assesses internet access among families.

Taylor said they were able to gather that around 200 households within the district did not have adequate internet access.

“During the pandemic, we really had to get a handle on those numbers,” Taylor said. “When we saw that we were going to be out of the classroom and going digital, we began calling parents and asking them if they had internet access and was it reliable.”

The district worked out a deal with AT&T to purchase hotspots that provide internet access, which was beneficial, but there were problems also. There was a backlog of getting the hotspots, so the district didn’t actually obtain them until the end of April, just a few weeks before the end of the school year. The district was able to distribute those to nearly 100 families.

A secondary problem, Taylor said, is that there are many families that live in areas where there is no internet access at all, leaving the hotspots practically useless. Taylor said it was a problem in the spring, and with a lot of uncertainty heading into the 2020-2021 school year, the district faces a challenging hurdle if returning to the classroom isn’t an option when the school year arrives.

“It’s not necessarily a financial issue for these families,” Taylor said. “It’s just that they live in an area where access isn’t available. We gave some of them hotspots, but they just couldn’t use them because there wasn’t a signal that they could capture where they lived.”

Taylor said it helped in the fact that these families did not have to drive to somewhere like McDonald’s to access WiFi. Many of them could drive far enough to pick up a signal to activate the hotspot.

“But even then, that’s certainly not ideal,” Taylor said. “We don’t want students doing their work from a car.”

This isn’t just a Boyle County problem, Taylor said. Across the state, school districts deal with households having a lack of internet access, stretching from western Kentucky to the mountainous regions of eastern Kentucky and everything in between. It’s a complex issue, she said, but one that school districts like Boyle County continue to attempt to solve as education continues to be more technology-involved.