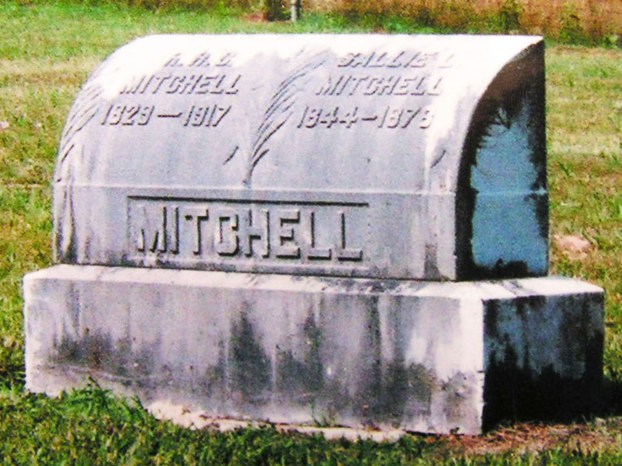 The tombstone at the grave site of James Payne Mitchell’s son Robert Henry Clay and his wife Sarah “Sallie” Logan Caldwell is in the Mitchell Cemetery near Mitchellsburg.

(The gravestone photo and research for this article was compiled by local genealogist Carolyn Crabtree.)

James Payne Mitchell was and was a lawyer one of the first justices of the peace in Boyle County.

He was qualified as a Justice of the Peace by Squire Taylor in Marion County, before Boyle County was formed in 1842. He administered the oath of office to the other 12 original justices on March 2, 1842, in Danville.

The first 13 justices were appointed by Governor Robert P. Letcher.

James P. also was a judge of Boyle County Court and a member of the state legislature. He was a politician and supporter of the Democratic Party.

He served in the War of 1812 as a private in Captain Archibald Bilbo’s Company. His wife Ann Payne was listed as his widow on the War of 1813 Widow Application for the service.

James P. and his second wife, Ann Jane Magoffin, daughter of Beriah Magoffin Sr. and Jane McAfee, were married July 9, 1868, in Harrodsburg. She was listed as James P.’s widow on the War of 1812 Widow Application for his service in the war.

The 1850 Boyle County Census show the following grandchildren were living with James Payne and his wife, Sarah Mitchell:

James P’s second wife, Ann Jane, received land and a dwelling house in which they lived during her life. She received 100 acres of knobs, all the household and kitchen furniture, any books she wanted, a horse and rockaway, two cows and calves, and two sheep. She also was given $5,000. 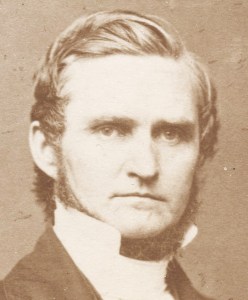 The photograph that appeared in the Looking Back column May 8 was incorrectly identified.

The photograph was Jonathan Edwards, a Presbyterian minister.