Looking Back: The Shepherd of Danville 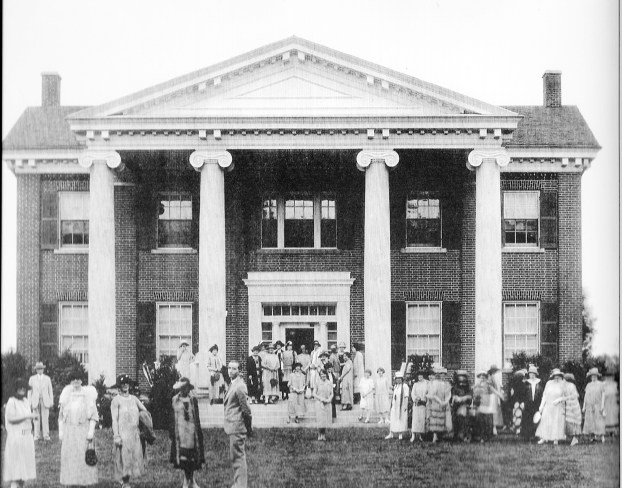 Editor’s note: Research for this article was taken from The Advocate-Messenger Archives.

Many of Kentucky’s earliest settlers came from the celebrated Shenandoah Valley of Virginia and surrounding territory. However, more prominent people were among the settlers from the seashore county on Virginia’s east coast.

The Moore and Rochester families left Virginia in the late 1700s and headed west to the early settlement in Central Kentucky.

Moore settled in the western outskirts of Danville while Rochester stayed in the eastern area in 1787.

Moore married Rochester’s sister Elizabeth and had several children before she died. His second marriage was to Elizabeth’s sister, Jane Rochester. They had two sons, Christopher Collins and James Moore, who became a physician in Harrodsburg.

John’s brother founded Rochester, N.Y., which was named in his honor.

of Danville, the Alexanders of Woodford County and Bacon Rochester Moore of Harrodsburg are descendants of the Rochesters.

The ground where Westmoreland stands was part of the James Brown pre-emption.

“Moore took up a large body of land west of Danville and established his own home on what is now Perryville Road.”

Tradition has it that Moore became homesick for his Virginia friends and offered his friend Samuel Dunn part of his holdings on condition that he come here and settle permanently.

The story is borne out by his deed to Dunn, which recites “his true performances and fulfilling his convents in certain articles of agreement on May 26, 1780.”

Dunn was allowed ample time for making up his mind to stay, for the conveyance is dated April 23, 1800, a month short of 20 years.

In 1814, Dunn’s widow and several children deeded to Lawson Moore, 317.4 acres with the exception of a small parcel of land now enclosed as a graveyard. Samuel Dunn, a veteran of Point Pleasant, the first battle of the Revolution, and other members of his family are buried there.

The Westmoreland mansion, dated about 1800, is south of the boundary on another portion of the Brown lands. The house now faces Perryville Road and once faced the old Copeland Road, which was renamed Lebanon Road.

The one-and-a-half story rectangle mansion features elegant reeded woodwork with rosette corners. It was constructed of Flemish bond brickwork. It has two rooms at each side of the central hall.

A stairway leads to two rooms upstairs. The house had a full basement and stone foundation.

A kitchen and smokehouse are connected to the east end of the house.

The Moore couple were married in 1794 and came to Danville in 1798 and had four children before the 18th Century.

Lawson Moore was described “as a portly and handsome man, with deep blue eyes.”

He built the spacious brick house with four rooms on the first floor where family and friends were entertained.

Moore’s wives were prolific, the first bore 12 children and the last one died the day after giving birth. Her sister had five, four of whom grew to adulthood.

The larger boys and older girls each had a room while a trundle bed, drawn from beneath the parental four-poster bed, served as a nursery.

“His home was a busy world within itself, every class of industry being carried on around him. He ground his own meal, tilled his own ground, and with the jurisdiction and management of an industrious wife, raised and manufactured the greater portion of the clothing of the family.

“He lived the life of a transplanted Virginian. He was upward 6 feet, large frame and commanding presence. He died in 1858, at the age of 88.

His fourth son of his second wife, Charles O. Moore, took over Westmoreland. The place remained in the hands of his descendants until 1910. Charles gave the place to his widow and children, Anna, W.D. and Harry.

She sold it to W. McBrayer Moore, great-grandson of Lawson Moore, who sold it to Robert T. Quisenberry in 1910.