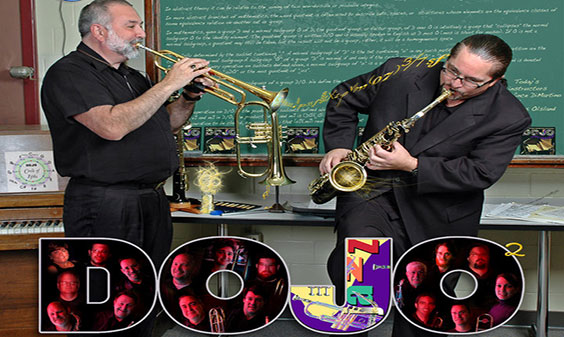 Get to know the headliners

Thousands of tourists, ranging from serious music enthusiasts from across Kentucky and the nation to those who are simply coming home to Danville and Boyle County, are anticipated for this year’s Great American Brass Band Festival, May 31–June 3.

“The Great American Brass Band Festival is a one of a kind, world-renowned music festival where the best brass musicians in the business choose to come together to perform,” Cooper said.

Originally formed as the Wheaton Brass Band by Yorkshire-born Herb Roselle in 1984, the three-time National Champion Atlantic Brass Band is one of the premier volunteer performing ensembles in the greater Philadelphia and Southern New Jersey area, and they are artists-in-residence at Rowan University in Glassboro, NJ.

Comprised of professional musicians, professors, educators, and community members, the band is committed to bringing the arts to the community through entertainment, educational collaborations, and fundraising efforts for local schools and charities. 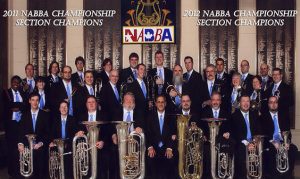 Performances throughout the year at a variety of conferences, festivals, and concert venues with a repertoire spanning hymns, marches, orchestral transcriptions, pop music and traditional brass band literature make this group a favorite throughout the region. The band has previously performed at Cape May Victorian Week, the Great American Brass Band Festival, the Gettysburg Brass Band Festival, the International Trumpet Guild Conference, and the National Trumpet Competition, and it has performed internationally, touring Italy, two tours of England, and an appearance at both NATO Joint Force Command Brunssum, Netherlands and the World Brass Band Championship in Kerkrade, Netherlands.

Recent initiatives to promote brass banding include the inception of the Mid-Atlantic Brass Band Festival in 2012; an annual event including masterclasses, clinics, solo competitions, and band performances that culminated in 2016 with hosting the internationally-acclaimed brass band in the world, the Cory Band from Wales, UK, as well as the collaborative effort with Rowan Prep to form the Rowan Prep Atlantic Youth Brass Band, an introductory brass band experience for area middle and high school musicians.

The DiMartino/Osland Jazz Orchestra (DOJO) has been delighting audiences all across the Commonwealth and the region for over two decades.

Directed by virtuoso trumpeter Vince DiMartino and high-energy saxophonist Miles Osland, their first recording, “Off the Charts,” has garnered considerable radio play on jazz stations across the country and has won critical praise with one reviewer stating,

“This album is a sterling example of how the big band can fit well into the contemporary jazz scene without losing any of the unique sound that continues to send tingles up and down the spines of listeners—whether the band is tooting a barn burner or caressing a ballad,” said DiMartino. 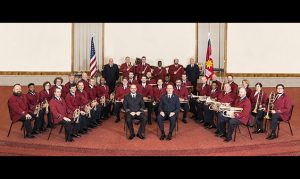 Since 1887, the New York Staff Band of The Salvation Army has maintained the highest standards of musical practice and Christian ministry.

As one of the nation’s oldest, continuous musical ensembles, the NYSB has rightfully been heralded as “America’s Foremost Brass Band.”

The band’s honored status as the first staff band in Salvation Army history is matched by its excellence in musical performance; and in its role as a trailblazer in repertoire, programming and service. While the band performs at a level music critics consider professional, all members of the band are volunteers, none receiving payment for their participation, even though many members have studied at some of America’s finest music schools and conservatories.

Throughout its history, the band has continued to interact with contemporary culture by featuring outstanding guest soloists in their festivals or concerts. In just the past few years these have included world-class groups such as The King’s Singers who joined them in Carnegie Hall for their 125th anniversary concert. Other recent guests include the Brooklyn Tabernacle Choir, contemporary Christian recording artists Michael W. Smith and Sarah Groves, brass phenomenon James Morrison, and the respected symphony conductor, Bramwell Tovey.

The NYSB ranks among the most widely traveled groups in band history. They have toured the United Kingdom more than ten times; toured Europe and Scandinavia on multiple occasions; traveled several times to the Far East, Australia, and New Zealand; been across the border into Canada on more than 20 occasions; and performed coast to coast in the Western Hemisphere.