The Rev. Ronnie McCowan is the only former minister who is still living. He began preaching as an intern and became pastor in 2006 and stayed three years until Briscoe was named minister. 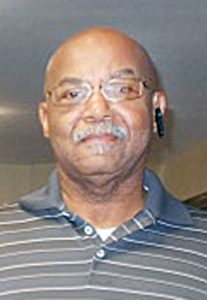 “I may have been the minister with the shortest tenure.” He also was pastor for five years at Bethel Baptist Church in West Danville.

McCowan said the black people socialized mostly with each other and were not allowed to go a lot of places.

“We had activities for the kids,” he said. “Children need to get exposed to church when they are young. They are hard to reach when they get to a certain age.”

The oldest members of First Baptist Church have fond members of their church.

Theora Coates, 99, is the oldest member, followed by June Christy, 90.

“I have gone to First Baptist all my life,” said Mrs. Coates, who began when Woods was pastor.

“I remember the old church with the yellow seats in the Sunday School rooms. 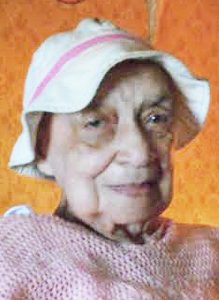 Back then all the seats were full every Sunday. The auditorium seats were like theater seats. We had to stand up to allow people in and out. The church had a balcony and three different choirs for adults, children and the youth.”

“The church bell rang for every occasion,” she said. “It told people that something was going on in town.”

She also recalls the sad times when her mother died and a month later pastor Wood died. She said they walked from the church to Hilldale Cemetery on Duncan Hill for the burials. There were no cars then, she said.

Mrs. Coates said the day before the fire destroyed the church, the “most beautiful Christmas play with a manager scene and Christmas tree was held. The whole church family was involved,” she said.

“On Christmas day, the news came about the fire.” The congregation met in the Bate School gymnasium for a while. It did not make any difference, people still attended, she said.

The bricks from the old church were used to build three small houses near St. James AME Church.

“We still have the brick for history,” she said.

June Christy, soon to be 90 years old, has been a faithful member since he started in the 1940s when P.A. Carter was pastor. 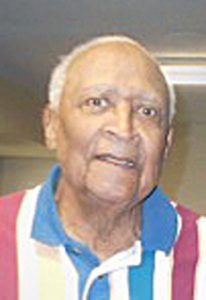 Over the years, he has driven the church bus, and served as trustee and usher.

“Times were so different then,” he said. There was a lot more people, especially young people who came to church, he said.

Christy also recalls the church softball leagues. “I miss ballgames when the blacks and whites played each other.”