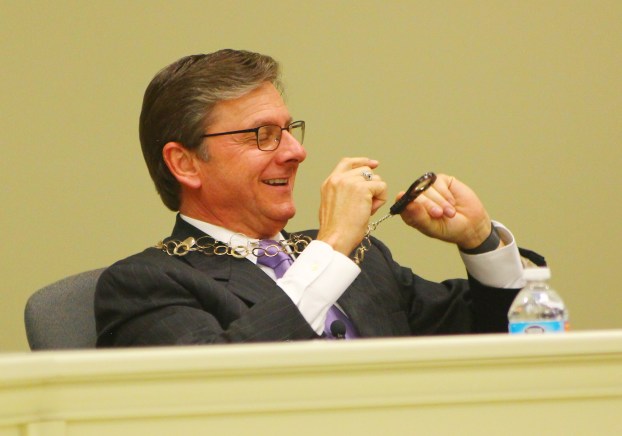 After meeting the mayor of Danville’s Sister City, Carrickfergus, Ireland, last week and noticing her chain of office, Danville city commissioners decided Mayor Mike Perros needed his own chain. They presented it to him at Monday night’s commission meeting. “Our mayor was very envious of her necklace that she wears,” Commissioner Denise Terry said, as Commissioner Kevin Caudill draped a chain with a bottle opener at the end of it around Perros’ shoulders. “Thank you very much, I appreciate this. It’s quite sparse compared to hers,” Perros said. “But then so are you compared to her,” Caudill replied. Perros wore the chain for the rest of the meeting, but was unsuccessful in his attempts to get the council members to address him as “his worship.” 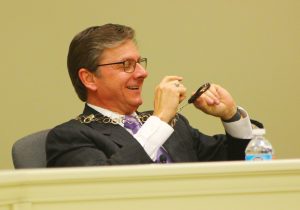 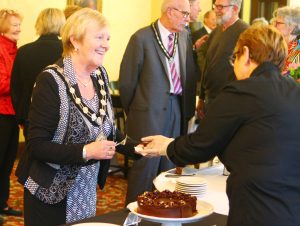